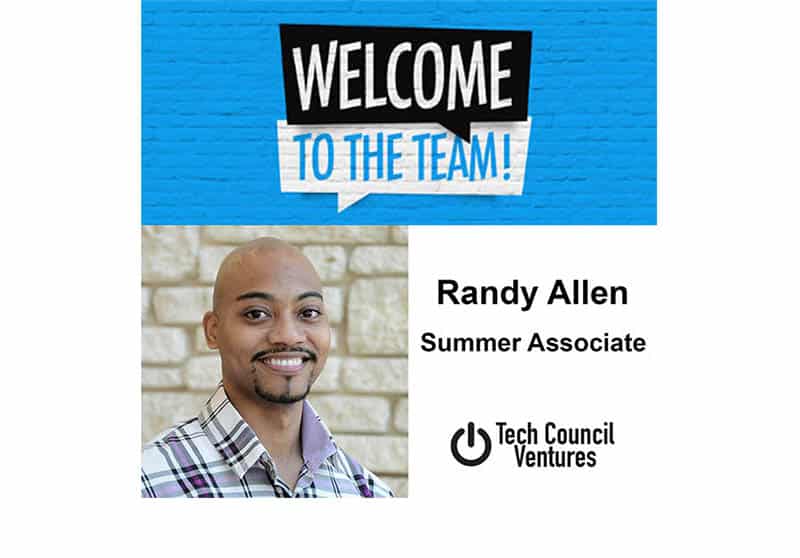 We are thrilled to have Ranulfo, better known as Randy, Allen, PhD join Tech Council Ventures as Summer Associate.

Randy is a rising second-year MBA student at the Tuck School of Business at Dartmouth. He has a chemical engineering background having received his bachelor’s and doctorate degrees from Princeton University and Stanford University, respectively. After receiving his PhD, he worked at UT Dallas, where he developed several new technologies centering around smart plastics, nanotechnology, and flexible electronic devices for biomedical applications. He teamed up with a labmate and a former classmate to start a company based on his proprietary pressure sensors and temperature sensors developed by his labmate. It was during this time that Randy was exposed to the business of commercializing scientific breakthroughs. After finding some competitors with ineffective technologies raise large funds and fail, it became apparent to him that investing decisions must be smarter in order to properly address large societal problems. Trying to add to the pool of smart money, he started the journey to head into VC. This has a been a focus for him while at business school where he is a VC Fellow at the Center for PE and VC. He has also been a fellow at Spike Ventures for which he contributed to deal flow and due diligence.